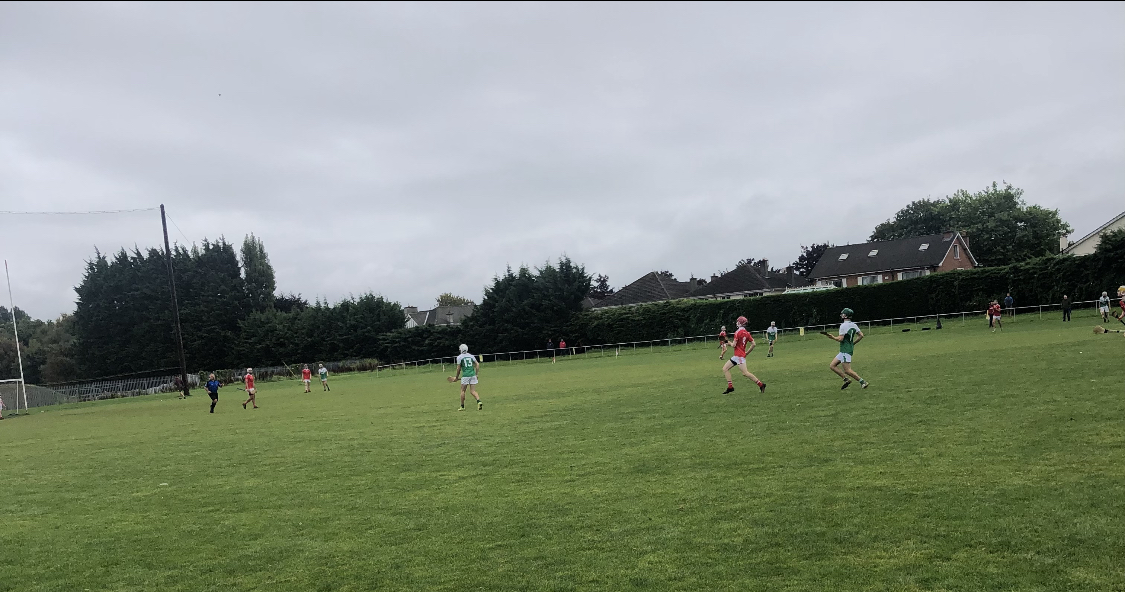 The Minor Hurlers pulled off a Houdini-like escape this morning in their first pool match in the Minor B Championship. St Brigids led all the way from the throw in and made the lads work all the way for this hard-won victory The lads scored 1-1 in the last 4 minutes to seal the most memorable of wins.

Wet conditions made for a very scrappy match. Despite enormous pressure from O’Tooles and a hat full of chances, the lads had to wait until well in to the second half to rattle the net when Leon Deanes got on the end of a rucked ball to strike low to the net. Although O’Tooles had the majority of the possession, the lads really struggled to convert it on to the scoreboard. Brigid’s pulled away to a 3 point lead with 10 minutes left. Then Paddy Smyth ,who stood out a mile with his tenacious tackling and high fielding all day pulled of the score of the match when he split the posts from the Sideline 60 yards out after a 20 meter run.

Two points down and with 4 minutes left, Luke Webster, who had a real barn stormer of a game, got on the end of a puckout and ran from the sideline 45 yards out to rifle the ball home – Real Roy of the Rovers stuff. Cathal Keane pointed a free in injury time and there was only time for a consolation point for Brigids before the referee blew up full time.

The lads are out again in two weeks time, do come out and lend your support if you can.