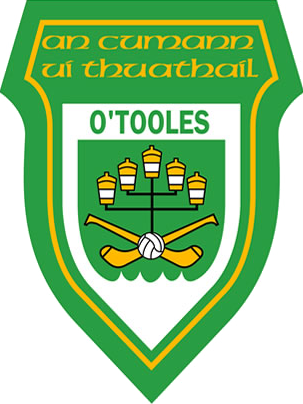 We are is a Gaelic Athletic Association club based in Dublin, Ireland, formed in 1901. An earlier Saint Laurence O’Toole G.A.A. club existed in the North Wall area from 1888 to 1896. The St. Laurence O’Toole branch of the Gaelic League held their inaugural meeting in February 1901. Brother J.A. O’Mahoney, Superior of O’Connell’s schools was elected the first president of O’Toole’s GAC. The Hurling team was formed in 1901 on Thursday 8 October 1901 when Edward Keegan was elected captain, Thomas Keegan, secretary, and John Taylor treasurer and the football team was established in 1902. O’Tooles entered their first camogie team into the Dublin Camogie league in 1912. For more history, read on or visit our WIKI page.

In this section you’ll find information regarding …