On an evening where some of our U16’s shone brightest the lads came from behind for a third match in a row to pull off a narrow win. This team certainly has character and grit in spades. Of the U16’s, Aaron Keating was solid in goal, Leon Deanes stepped up with an impressive 1-2 from play and Karol Elliott and Paddy Smith put in towering performances in the backs. The underage conveyor belt continues to churn out some great talent.

In the first quarter Sylvester’s raced into an early lead, at one stage leading by seven points. O’Tooles really struggled to get on the ball and find space but good points from Sean Mc Hugh and Cathal Keane steadied the ship and saw the lads trail at the 1st water break 1-7 to 0-4. It was a match shaped by fussy refereeing with an incredibly high amount of scores coming from soft frees (on both sides). In the second quarter, O’Tooles started to find their range and dominated this part of the game thoroughly, although the lads struggled to translate this dominance onto the scoreboard after hitting several wides and forcing some good saves from the opposition keeper.  At half time O’Tooles trailed 1-8 to 0-7.

The second half tempo moved up a gear and saw the O’Tooles backs really starting to dominate and get on top. Paddy Smith and Karol Eliott were winning ball after ball and the half back line were also starting to get on top. Aaron Cooling, at centre back scored a great point after a 40 meter run that wouldn’t have been out of place on any senior pitch in the country.  Cathal Keane and Sean Mc Hugh also chipped in with great individual points. At the the second water break, O’Tooles had narrowed the lead by 3 points. Sylvesters lead by a point 1-12 to 0-14.

Immediately upon the restart, Sylvesters scored two frees in quick succession to give them a three point lead. However O’Tooles dug deep and with 10 mins left, Cathal Keane, in another man if the match performance, scored two points from placed balls to bring it level. With 5 minutes left it was all O’Tooles but the lads hit several wides and the keeper pulled off a great save from Leon Deanes who was now operating on the edge of the square and causing mayhem. With three minutes left Leon Deanes got on a breaking ball and riffled home to the net, he then popped up nearly immediately afterwards with a great score on the run off his left. The momentum was now all with O’Tooles. In extra time Sylvesters pulled a point back from a close-in free that shot over the bar and with that the ref blew up full time. Well done to all the players who put in a huge effort on the hottest evening of the year. There will be some sore bodies today. The lads are out again on Sunday v Fingalians. 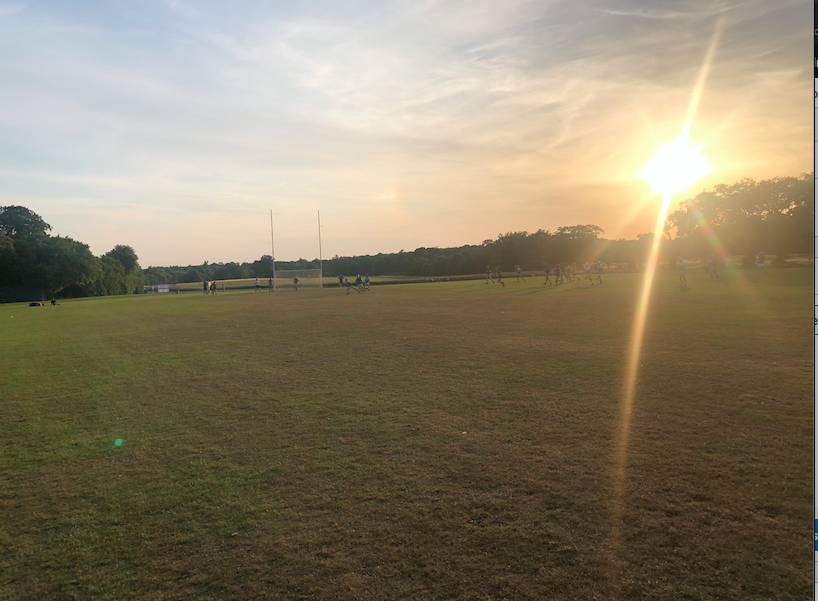