Minor Hurlers off to a winning start 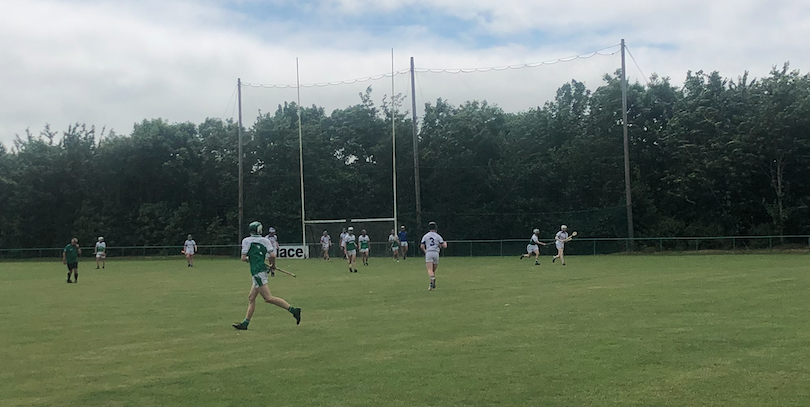 The Minor Hurlers got off to a great start this morning in Blunden Drive. Despite playing well for most of the match, they left it late and had to put up 1-8 in the final quarter to beat a plucky Skerries team.

Playing against a strong wind in the first half, the lads played some great hurling. The stand out moments included two great solo goals: The first by Daniel O’Neill who struck beautifully to the net after a 40 yard run and the second by Cathal Keane who descended on goal being chased by what seemed like a dozen defenders but managed to strike crisply into the top corner.  The lads played some great hurling and there were some great points in the first half  including individual efforts by Ryan Rooney, Aaron Cooling and Luke Webster.  At half time O’Tooles led 2-7 to 0-6 and looked totally in control.

However Skerries came out fighting and outscored O’Tooles 1-4 to 0-2 in third quarter. With only a goal separating the teams after the water break and virtually upon the restart of the final quarter, Skerries scored a goal to bring the game back level.

The game was in the melting pot and really moved up a gear with lads from both sides putting their bodies on the line. A couple of points  were exchanged by either team bit neither team could make a clean break. Then with 10 minutes left, amid a goal mouth scramble Adam Graham somehow managed to get the ball in the net. From then on , O’Tooles really dug in and never looked like losing despite a very late goal by Skerries.

Excelllent on the day was Cathal Keane who gave a man of the match performance and looked dangerous every time he got the ball. Luke Webster, Daniel O’Neill and Ryan Rooney also put in big performances. Two of the U16’s on show Karol Eliott and Paddy Smith both put in performances well beyond their years and didn’t look out of place at all. The lads are up again Wednesday week away to Naomh Mearnog.