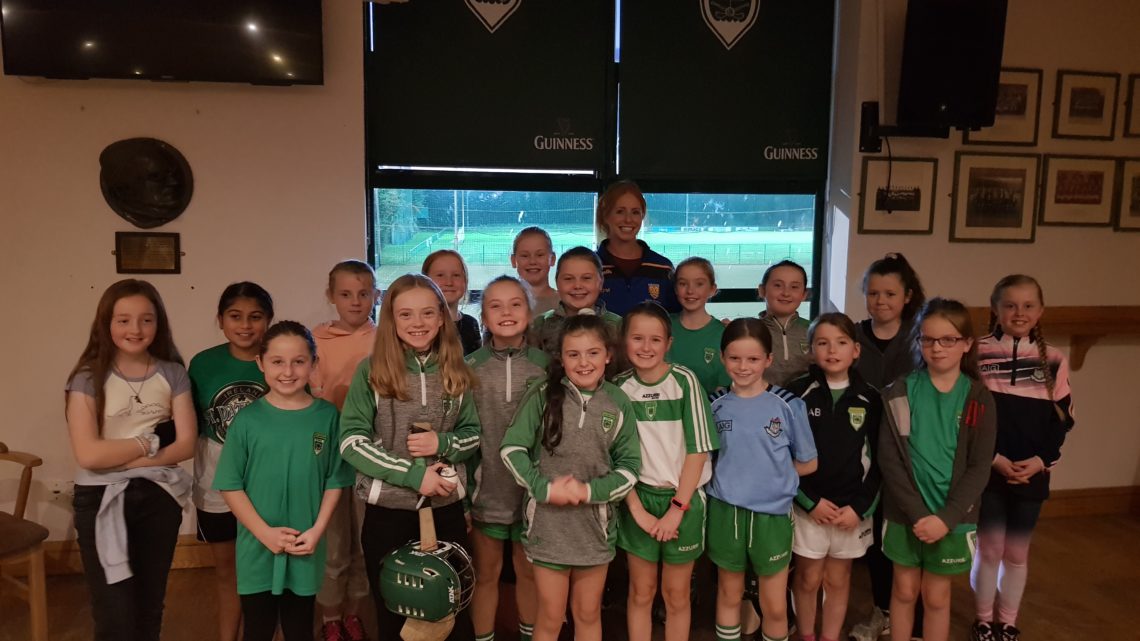 Elaine O’Meara , the Dublin Camogie Legend chatted with our 10s, 12s and
14s last night. Elaine gave great insight into her camogie career; Elaine
started out in O’Tooles age 11, then moved to Na Fianna age 18 due to
falling numbers in the club and then onto Dublin age 21 for the next 11
years. She is still playing now, winning the county championship 2 weeks
ago as the captain of the Na Fianna team.

She also discussed how she was not the best player when she was 12, 13, 14
, 15. She was the player that kept working hard, working by herself on the
wall at the end of her road, working on the basic skills of striking on
both sides, first touch, catching and my favourite, hooking and blocking.

Myself and all involved in the Camogie section within the club would like
to thank her for giving up her time.

I would also like to praise the girls last, the questions were being fired
up at Elaine which meant Elaine was able to discuss so much more than we
had planned.