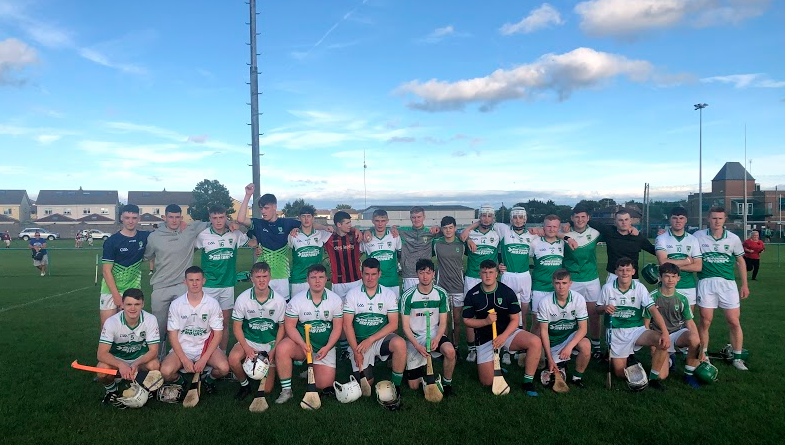 After a great run in the Minor B hurling Championship, the Minor Hurlers bowed out of the championship in Marlay Park last Sunday after a hard fought Semi Final in the sun. The concession of three goals in the first 10 minutes and a fourth in the second quarter proved a hill to big to climb versus a very athletic, well organised and skillful Balinteer St Johns team. O’Tooles were unlucky with injuries having lost full forward Conn Rock before the match and full back Adam Craig after five minutes. That said,  Balinteer were deserved winners  on the day, playing great team hurling and picking off some great scores. They compete in the A football final this weekend, we wish them every success in that.

The lads fought to the very end and, just as in all of their other matches,  they did the jersey proud. Despite outscoring Balinteer in the second half, they just couldn’t gain enough momentum to get themselves into a winning position. Best on the day were Liam Kiernan, Fionn Rock and a storming performance from Luke Webster.

The club would like to thank all the players and management for some great outings in recent weeks and their efforts over the last two years. The future of hurling in the club looks bright if this team is anything to go by. We hope to see the lads line out again at adult and Minor next year.