Junior Hurlers put together back to back wins 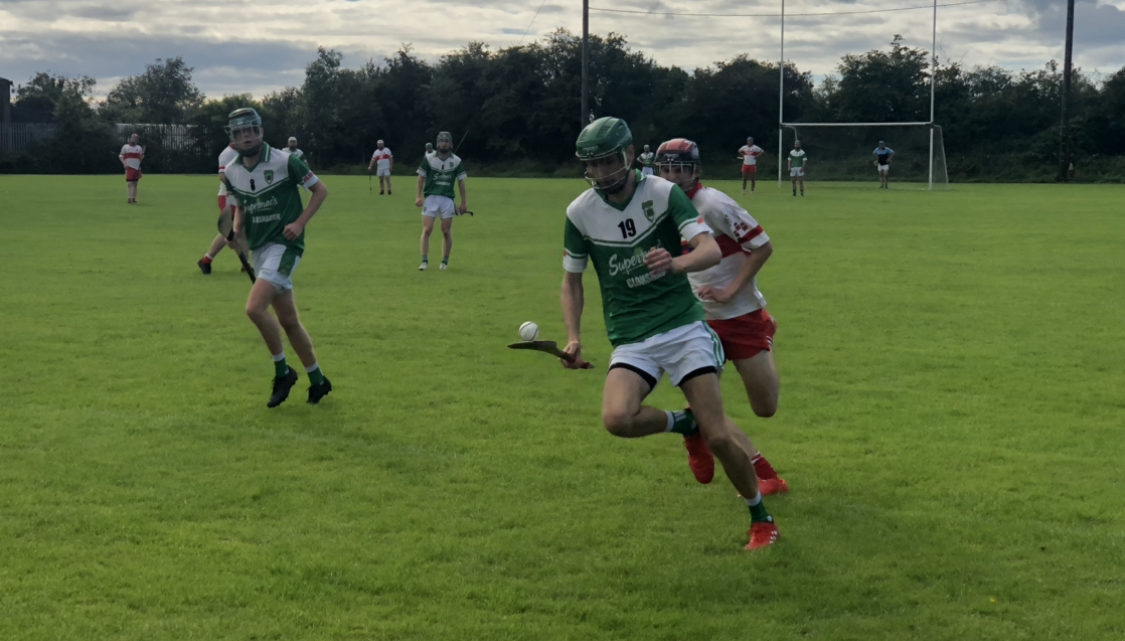 Yesterday in Cloughran, the Junior Hurlers beat Whitehall in a tightly contested cup game on a heavy pitch.  Whitehall lined out with a well experienced and big physical side and the match started at  30 miles an hour. (there was no one breaking speed limits here). At the first water break Whitehall led 6 points to 4, Fionn Rock and Dathi Concarr with two a piece for O’Tooles. After the water break, there were some nice scores from both sides and Ciaran Brabazon was proving to be a real live wire in at corner forward, scoring a point and forcing a couple of point blank saves from the Keeper. However the highlight of the second quarter was soccer breaking out on a couple of occasions, first with Ciaran Brabazon and then with Ger O’Meara demonstrating fancy footwork after they had lost their hurls. The referee even managed to incorrectly award a free against O’Tooles for Ciaran Brabazon’s Gaelic-like solo after his two-footed pick up, which was worth the entry fee alone. At half time it was 9 points a piece.

Shortly after the resumption, substitute Josh Fitzpatrick scored a great individual goal after taking off like a gazelle from the half way line and finishing to the top corner. Oisin Nolan scored a couple of tidy points and Whitehall missed a penalty to set up a nail biting last period. At the final water break, the teams still couldn’t be separated at 1-12 a piece.

In the final quarter the fresher legs did the damage, Andy Farrell finding space and pointing a long range effort from the sideline, Oisin Nolan with a great individual point after some great battling by Ciaran Brabazon. Josh Fitzpatrick who was having a great battle at wing forward and taking on his man at every opportunity scored two points.  O’Tooles outscored Whitehall 7 points to 1-2 to remain top of the group.

Best on the day were Jody Basto, Josh Brown, Ger O’Meara, Fionn Rock in the backs, Oisin Nolan and Cian Mc Govern at Midfield and Dathi Concarr, Josh Fitzpatrick and Ciaran Brabazon in the forwards

The Juniors have their final group match in two weeks time, no doubt it will be another end to end encounter. If they win the next match, they will automatically win a place in the cup final two weeks later.

Next post Free Courses in the Donahies Community School