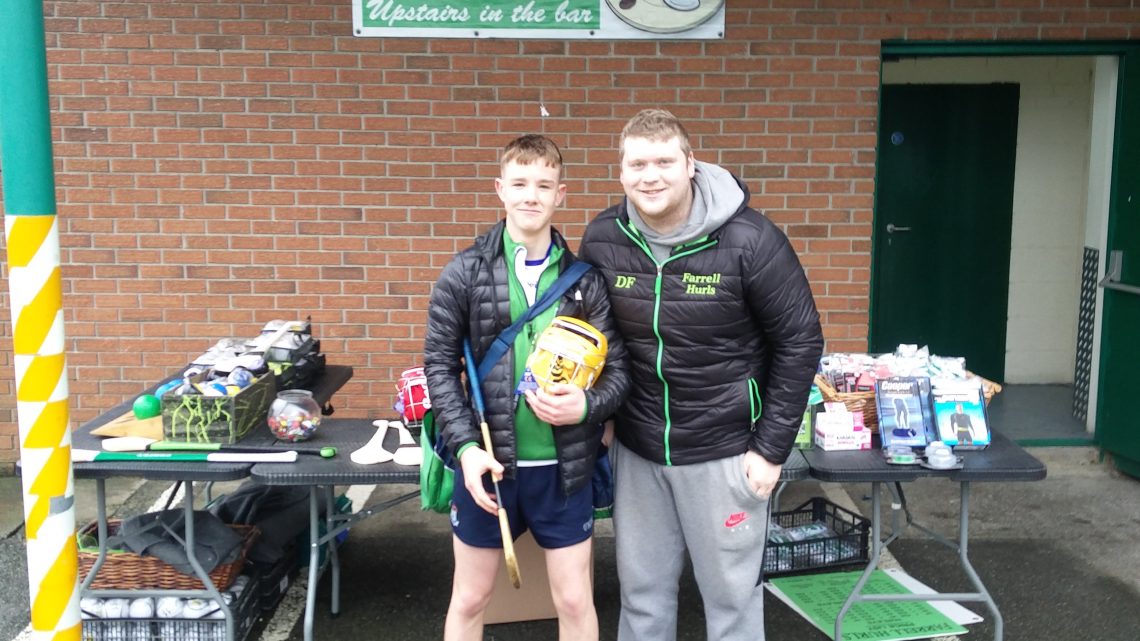 Yesterday we held the finals for the WWC. 9 players in total took part over
the three finals. The finals of the WWC were different to the qualifying
contest, as players had to part take is three continuous skills on the
wall, i.e.

Hit 100 points striking at the targets from 20 feet; and

Free taking 30 feet from the wall shooting at the 20 targets. You must hit
the 20 target three times.

In the first final, Sean Collins, Conor Brennan and Sean Wilson battled it
out.

All players started at a very fast pace, with Sean Collins leading the way,
followed by Conor, however as the contest went on, it was Sean Wilson that
gained momentum. Once Sean Wilson got to the free taking aspect of the
contest his radar kick started and three rapid missiles were launches at
the 20 target to take the first WWC title. Three proud parents clapped as
the lads walked out from the wall down to Farrell Hurls pop up shop to
collect there prizes.

Up next was the under 12 war between Ciaran Sheehy and Mikey Franham. I
coached these two lads in 2018 and I know that they both put in hours on
the wall over the last year but especially over the last month. This is
why, this was the fastest final of the day. It was over in a couple of
intense minutes. Mikey just pipping Ciaran in the end. This final was so
fast I think both players would have beaten the older players.

The lasts final was for any players from 14 up to adult. Four competed
over two semi finals.

The first semi final was between Luke Fennelly and Conn Rock. Both players
where neck and neck until the free taking were Conn just about made it.

The second semi final was between Fionn Rock and Ger O’Meara. Ger had the
look of a man that might have been singing a few songs the night before
but still arrived to try and win the WWC title.

Fionn was faster on the first two skills but could not get the final free
he needed to win and Ger started to catch him. This may have been down to
the fact that Ger grew in confidence as the contest went on and also that
he began sledging Fionn, which was clearly working. The two went free for
free for about 3 minutes, both players started to visibility slow down.
Then the ref, me, made a dodgy call, proceedings halted (when they
shouldn’t have) then restarted and Fionn got the last free he needed.

There could have been a stwerts enquiry but it never came as Ger was happy
to just to crawl out of the wall enclosure plus he knew I was the only
stwert and definitely would have pulled up some obscure rule from the GAA
hand book of hurling wall competitions (if it existed) to ensure Fionn got
to the final. This meant brother V brother battling it out to be King of
the Wall but more importantly, their father’s favourite child.

The machine that Fionn is, meant that he recovered in 7 seconds from his
semi final and was ready to smash his brother straight away. Conn being
Conn was full of confidence and assured Fionn that he would win in a way
only brothers could understand.

The tension grew, I declared that the winner would be my favourite child
and started the contest.

It was neck and neck for a about three strikes, but Fionn’s quicker strike
rate shot him into the lead. He also got through the targets at a quicker
rate but Conn kept going. Both lads were now on frees. Both on two hits,
both getting within millimetres on several occasions but eventually Conn
hit the 20 to win.

Conn exploded with happiness with the knowledge that he beat his brother
and Fionn felt the exact opposite knowing he would have to sit at the
dinner table and listen to Conn forever.

I would like to thanks everyone that took part in the WWC. Trying it out
was the most important thing. Anyone that did, improved as a player. It
was an easy way to get measurable gains. I would also like to thank Deco
Graham (and his work buddy, lan) for sorting Austin Gleeson and Stephen
Roche of Waterford. This made the WWC, because of Deco, Luke Fennelly’s WWC
You Tube video has got 3700 views and players from other clubs sent in
their attempts.

Finally, (if anyone is still reading), we are doing a football version next
Saturday. Details will be posted on the website. 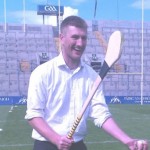