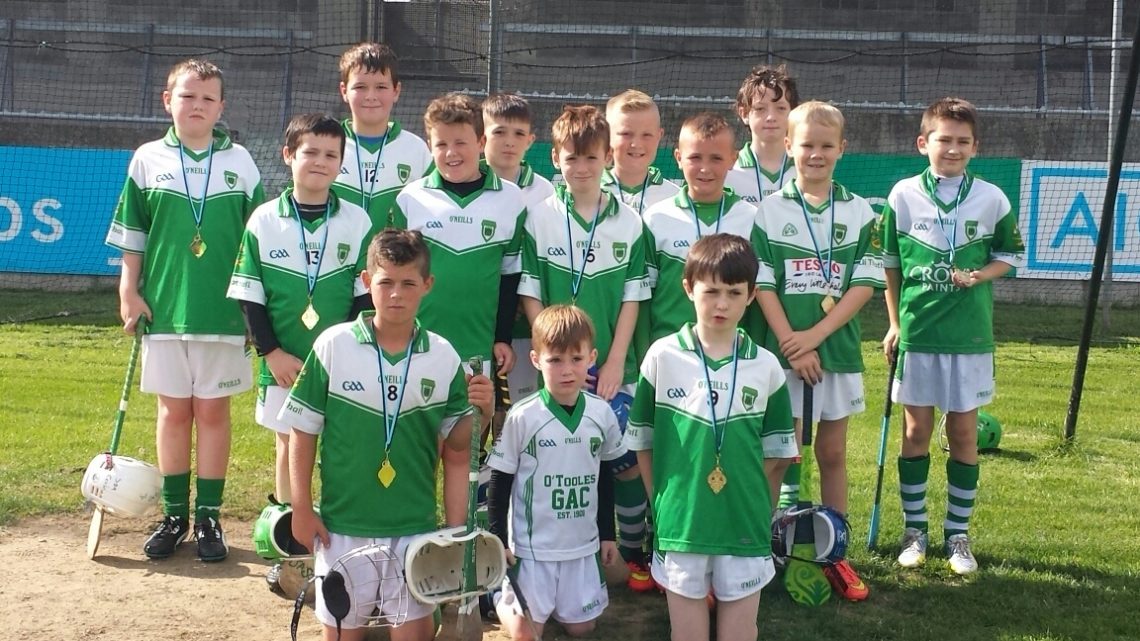 This summer a combination of our under 11s, 10s, and 9s took part in the Camaint.

In this brilliant hurling competition, each team plays 3 matches every Tuesday during July and then gets to play a final match in Parnell Park at the end of August.

There are some differences to the rules of  the games in Camaint with the main difference being that during the first and third quarter of every game, only “ground hurling”  is allowed. Every O’Tooles player that took part during July improved their striking because of this rule.

This year during the games we put extra focus on hooking and high catching. This paid of as players made great attempts during games to prefect the two skills. Maybe this is something that should be considered for all our teams playing “Go Games” week in, week out?

We were matched up against St Anne’s for our final game in Parnell Park. St Anne’s proved to be a stronger team on the day however the commitment and effort until the final whistle by every player was amazing with Sean Maher leading from start to finish. But most important of all was that every player really enjoyed the experience of playing in our county grounds. That experience will stay with the players forever and hopefully if they all keep hurling they will get to experience it many times more.